Andre Trenier lives to create. A graduate of LaGuardia High School and the University of the Arts (Philadelphia, PA) he has continued to hone his skills working in all available mediums. Andre began painting murals in 2003 with a memorial for a close friend. He continued to do memorial walls around the Bronx for several years, finally perfecting his spray painting techniques in Europe painting large walls in cities in both France and Spain. In 2004, Andre founded Tangible Thoughts, a creative collective initially known for customizing high-end fashion and sneakers.

Over the years, Tangible Thoughts developed into creative art and community service collective while Andre, driven by his competitive nature and a passion for all things artistic, continues to amaze viewers with his skill, attention to detail and pursuit for perfection. In March 2009 Andre competed in his first Art Battle (live art competition where the crowd chooses the winner). In Europe art battles pair artist to do impromptu collaborative paintings. Between 2009 and 2012 Andre competed in art battles in New York, Paris, Marseille, Lyon, Barcelona and Valencia where he won a special award for most individual and collaborative victories.

Since 2013 Andre has painted several dozen murals in the Bronx and Washington Heights areas alone; including a 150- foot wall on the side of Spring Bank on 167st and Gerard Avenue, commissioned by the Bronx Museum (mural documented by www.Complex.com in a blog entitled “The coolest Street Art in New York Right Now”.)

In November 2014, Andre painted three gates commissioned by the 161st BID depicting baseball greats Roberto Clemente, Satchel Paige and Mickey Mantle. Andre’s recent renderings of baseball legends Jackie Robinson Joe DiMaggio and Thurman Munson have been a sensation, going viral on the internet getting multiple features on television (YES Network). Andre has followed up his baseball legends series with two Bronx renderings of the great Muhammad Ali. Andre garnered additional acclaim when his portrait of rapper, Sean Price, was prominently featured during a broadcast of a memorial concert for the beloved entertainer and was proudly presented to Mr. Price’s widow as a gift to the family.

Summer 2016, Andre’s mural in honor of music group and Mount Vernon favorite sons, Heavy D and The Boyz as christened at the official opening of Heavy D & The Boys Park in Mount Vernon, New York (New York Knicks & Chase Bank sponsors). Andre Trenier is currently an Artist in Residence at the Andrew Freedman Home in the Bronx; participating in community service programming for local residents while continuing to push the envelope of artistic expression. Every month, Andre paints the gate of the chic, Lower East Side ice cream shop “Mikey Likes It” to coincide with the release of the parlor’s popular Flavor of the Month.

Why Work With Me

I love Art. I travelled all over the world painting and competing in International Art Competitions and made a lot of friends. I love to see new places, meet new people, and learn new things. Let’s combine my talent with your vision and CREATE SOMETHING! 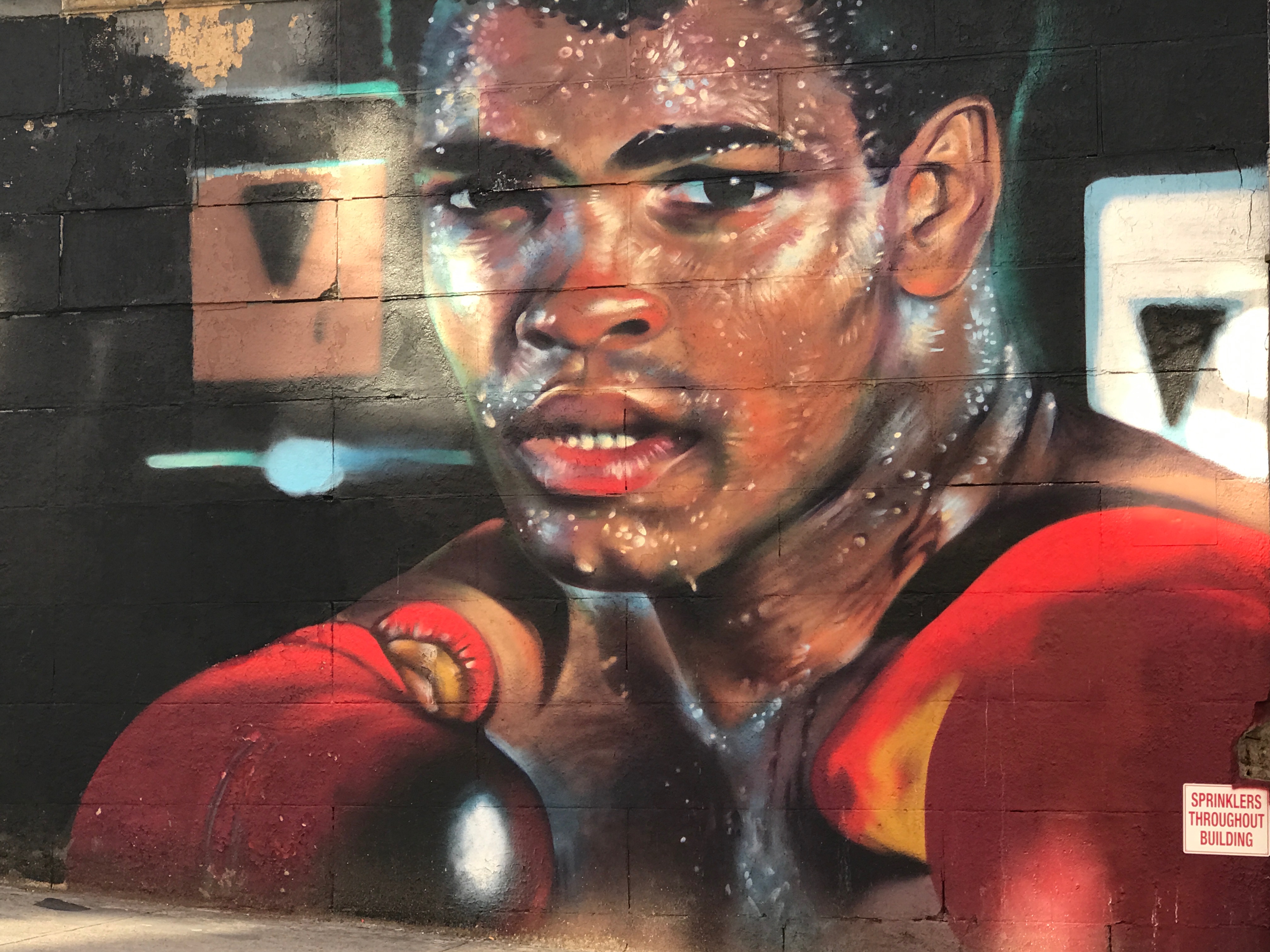 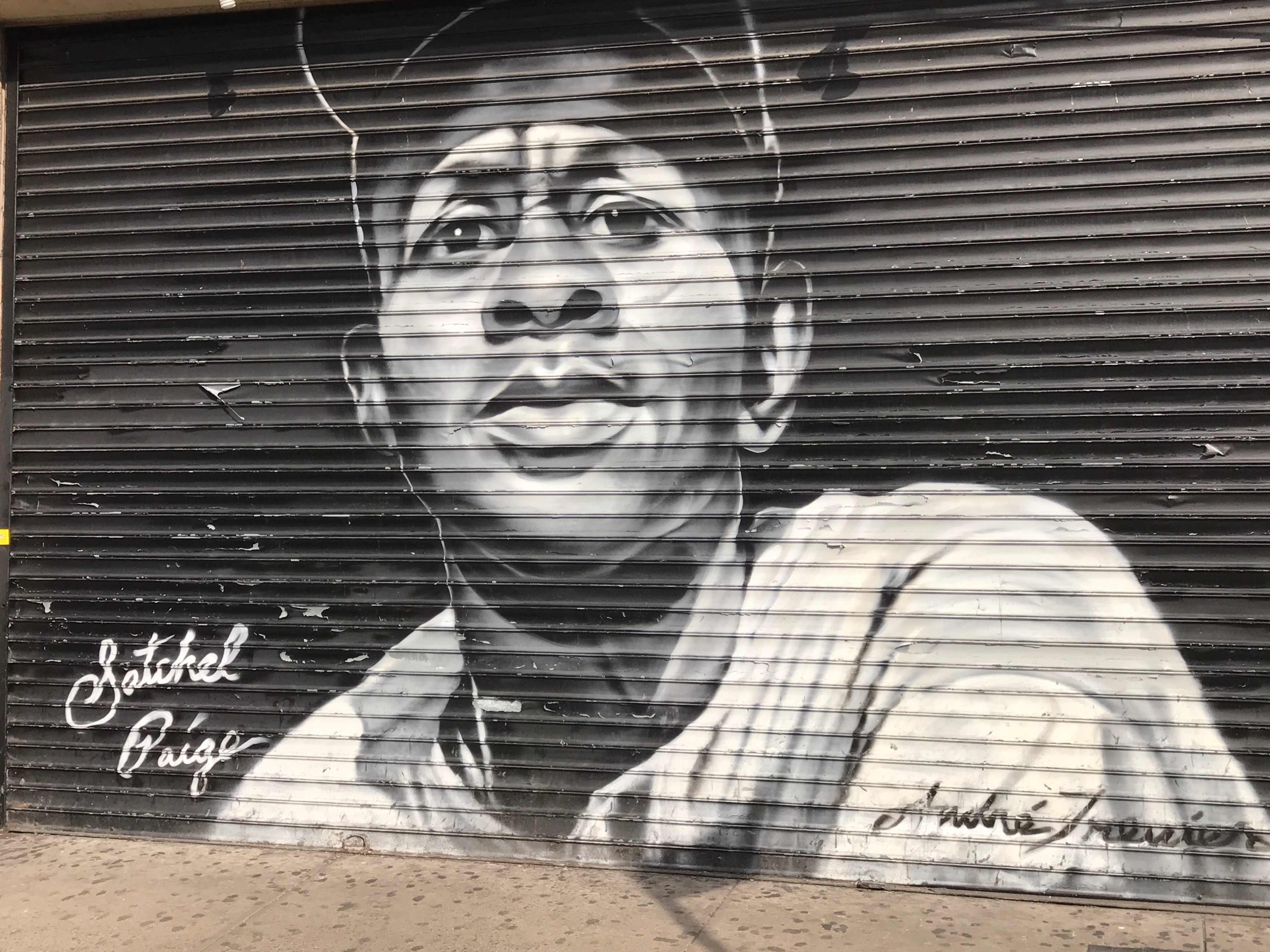 TELL ME MORE ABOUT YOUR PROJECT

If you are interested in hiring me for an upcoming event or if you would like to commission a piece. please fill out the form below. Thanks!